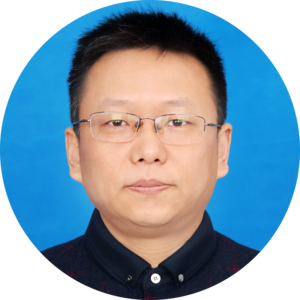 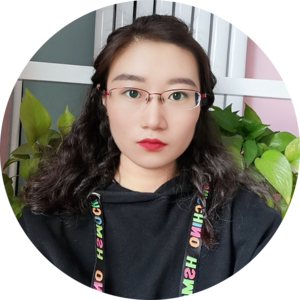 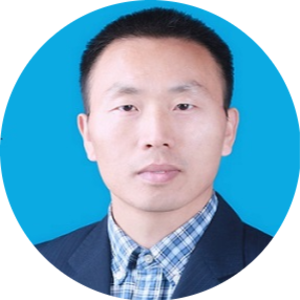 To survive in the complex communities such as intestinal or plant rhizosphere, bacteria have developed a series of adaptive mechanisms in evolution process so that they can obtain limited resources and spaces in competition. On one hand, bacteria can improve their competitive ability indirectly by increasing their nutrient acquisition. On the other hand, they use bacteriocin, microcin, CDI (Contact-Dependent growth Inhibition) system or T6SS (Type VI Secretion System) to kill enemies. T6SS, a T4 bacteriophage-like instrument being able to puncture cell membrane and deliver effectors into target cell, was discovered firstly by John J. Mekalanos's team in 2006. T6SS is consisted of 15-20 conserved proteins.  Because of its wide distribution and diverse functions, T6SS has become one of the hottest bacterial research topic in recent years.

T6SS is primarily considered as a spear gun which can inject some antibacterial effector into their adjacent competitors. Correspondingly, each antibacterial effector has its own co-expressed cognate immune protein. Bacteria uses toxin effectors as spear to antagonist enemies and immune proteins as shield to protect themselves. However, this function is limited, for the reason that it can attack others only in the condition when two cells contact tightly. A contact-independent role of T6SS in metal acquisition through secretion of metal-scavenging effectors into the extracellular milieu reported recently gave us some inspiration. A bold hypothesis has been formed in our mind: can T6SS fires a long-range shoot in battle? To test this hypothesis, competition assays in liquid and solid separated with 0.22 µm pore-size filter were performed. It is surprised that competition can be achieved in contact-independent manner by secreting a microcin-like T6SS nuclease effector Tce1.

However, an effector cannot enter a cell independently, which means there must be some receptors on the cell membrane. Thus, GST-pull down assay using Yersina lysate was performed. BtuB and OmpF in cell outer membrane and TolB in periplasmic were captured luckily. Traditionally, BtuB and OmpF have been reported to cooperatively mediate cell entry of most E colicins and colicin A, with BtuB acts as the receptor, and OmpF acts as the translocator for cell penetration. These E colicins and colicin A are known to recruit BtuB and OmpF for cell entry by first binding to the TonB-dependent BtuB receptor and then using their receptor-binding domain as a “fishing pole” to locate the OmpF porin channel for translocation. In this model, BtuB does not participate in outer membrane translocation, and OmpF acts as the translocator for cell penetration. Compared to the high molecular weight E colicins and colicin A (40–80 kDa), Tce1 is only a 67-aa protein (7.37 kDa), just like a microcin, which is too small to employ the “fishing pole” mechanism to locate OmpF. Thus, how BtuB and OmpF cooperatively mediate Tce1 cell entry needs to be investigated in the future.

As numerous T6SS-related toxins have been detected in growth media previously, the contact-independent T6SS antibacterial pathway may be widespread, arising through adoption of microcin- or bacteriocin-like proteins as effectors by canonical contact-dependent T6SSs. The discovery of the contact-independent, receptor-dependent T6SS long range killing pathway opens a new avenue for understanding the ecological consequences of T6SSs and may lead to novel microbiota intervention strategies in medical, agricultural, and industrial settings in the future. 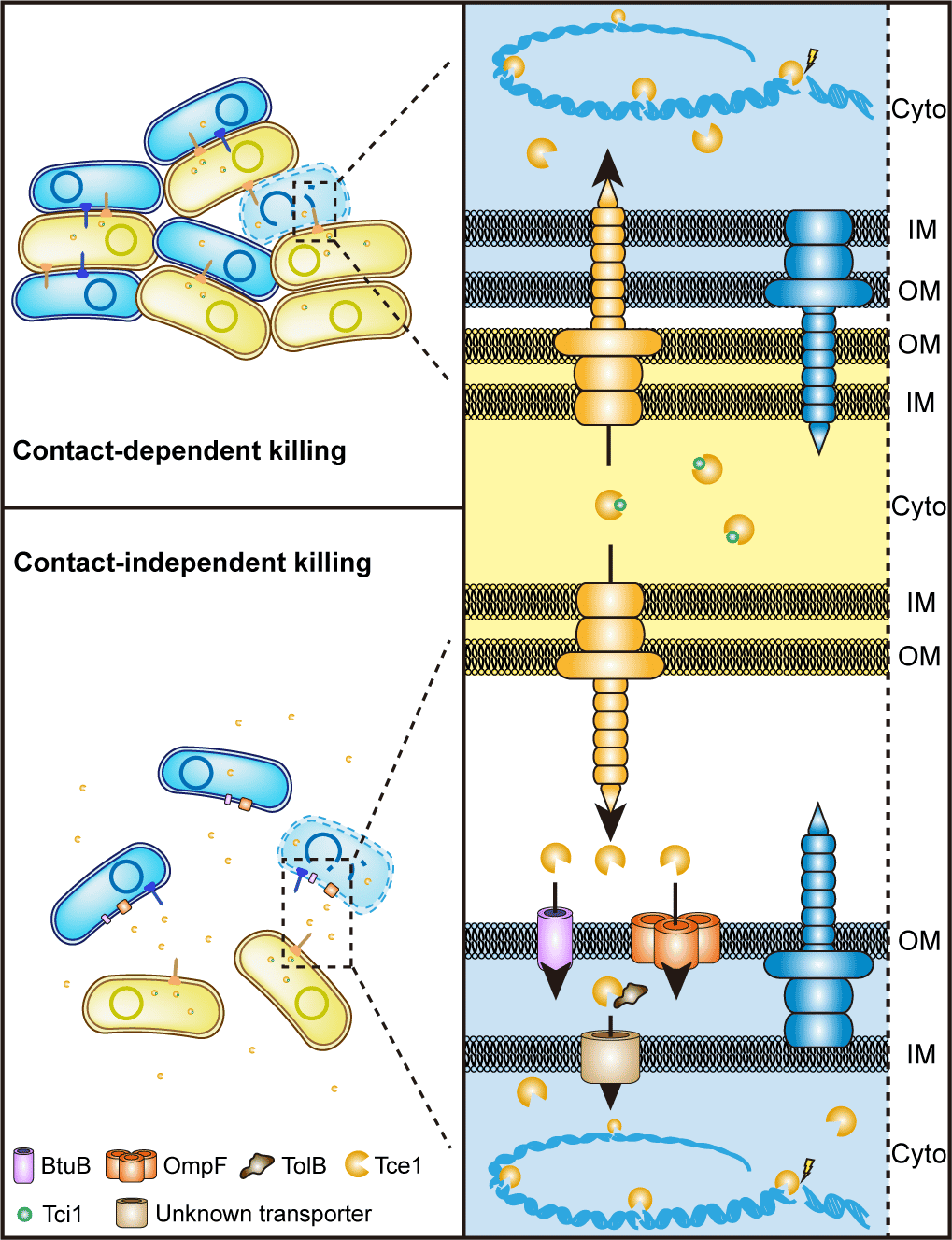