Understanding how viruses spread through populations represents a major challenge for ecologists and epidemiologists.

This challenge is particularly acute in wildlife populations and no more so than for large carnivore species like puma (Puma concolor aka mountain lions, panthers or cougars) that are difficult to observe and can roam over vast areas. As diseases such as feline leukaemia virus can be deadly for puma and represent a conservation threat, being able to model how disease spreads across populations is crucial. However, how a disease spreads is shaped by a multitude of factors such as the genetics of the host (e.g., more related individuals may be more likely to transmit to each other), and by landscape (e.g., individuals separated by a mountain range may not transmit to each other). Adding further complexity, humans can also impact how a virus spreads in wildlife as urbanisation can restrict animal movement and alter behaviour. However, establishing to what degree humans shape spread compared to other factors has been difficult to untangle.

When I began my postdoc working with the FELIDAE (Feline Ecology: Landscapes, Infectious Disease, And Epidemics) team this was my principal task. I was lucky enough to work with an awesome and truly multidisciplinary team of wildlife researchers from Colorado Parks and Wildlife, virologists and landscape geneticists from the US, Belgium and Tasmania to get together data to tackle the challenge of viral spread. Just getting a blood sample from an individual puma is, as you can imagine, quite a challenge and represented an enormous amount of work and logistics. In this study, we got together blood samples over ten years from 213 individuals in two regions of Colorado across the Rocky Mountains. These two regions had similar numbers and density of puma but had very different levels of urban development (one on the urban edge and one without urban development). From each blood sample, the landscape geneticists sequenced DNA from the host, and the virologists extracted Feline Immunodeficiency Virus (FIV) DNA sequences. We selected FIV as transmission events involving other species such as bobcats are very rare, making it an ideal virus to track spread in a population.

The key analytical problem was how to combine pathogen, host and landscape data to gain insights into virus spread. To solve this problem, we employed a wide variety of statistical techniques treating the landscape and host factors as an electrical circuit in which FIV was the ‘current’ passing through. Surprisingly, we found that FIV spread in the wilder region was less impacted host or landscape features, whereas at the puma at the urban edge were more likely to spread FIV to their neighbours and more related individuals. In the wilder region, however, we did find evidence that puma may use country roads to help spread the virus, which is supported by other studies showing that puma use these quiet roads to get around. Overall, I think we demonstrate the power of linking host and pathogen genetic data to landscape to understand virus spread and the impact humans can have. As the pace of urban development increases, studies like this will be increasingly important. 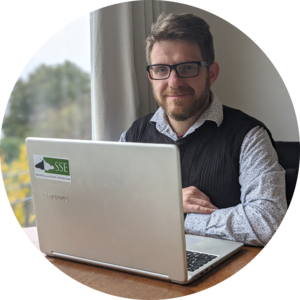