A quick confession - despite having done my undergraduate degree in microbiology, I hardly feel qualified to consider myself a microbiologist. My PhD focuses on endogenous retroviruses, remnants of retrovirus infections that occurred millions of years ago and have since become fixed in the human genome. In order to safeguard the integrity of the genome, these sequences have had to be silenced, either through methylation or mutation, and none of these are capable of producing infectious virus anymore. Endogenous retroviruses are often considered alongside a larger class of retroelements, which altogether make up nearly half of our genome (Figure 1). These retroelements are an abundant source of genetic regulatory elements - promoters, enhancers, polyA tails, transcription factor binding sites - and we're interested on how retroelements diversify the transcriptome. 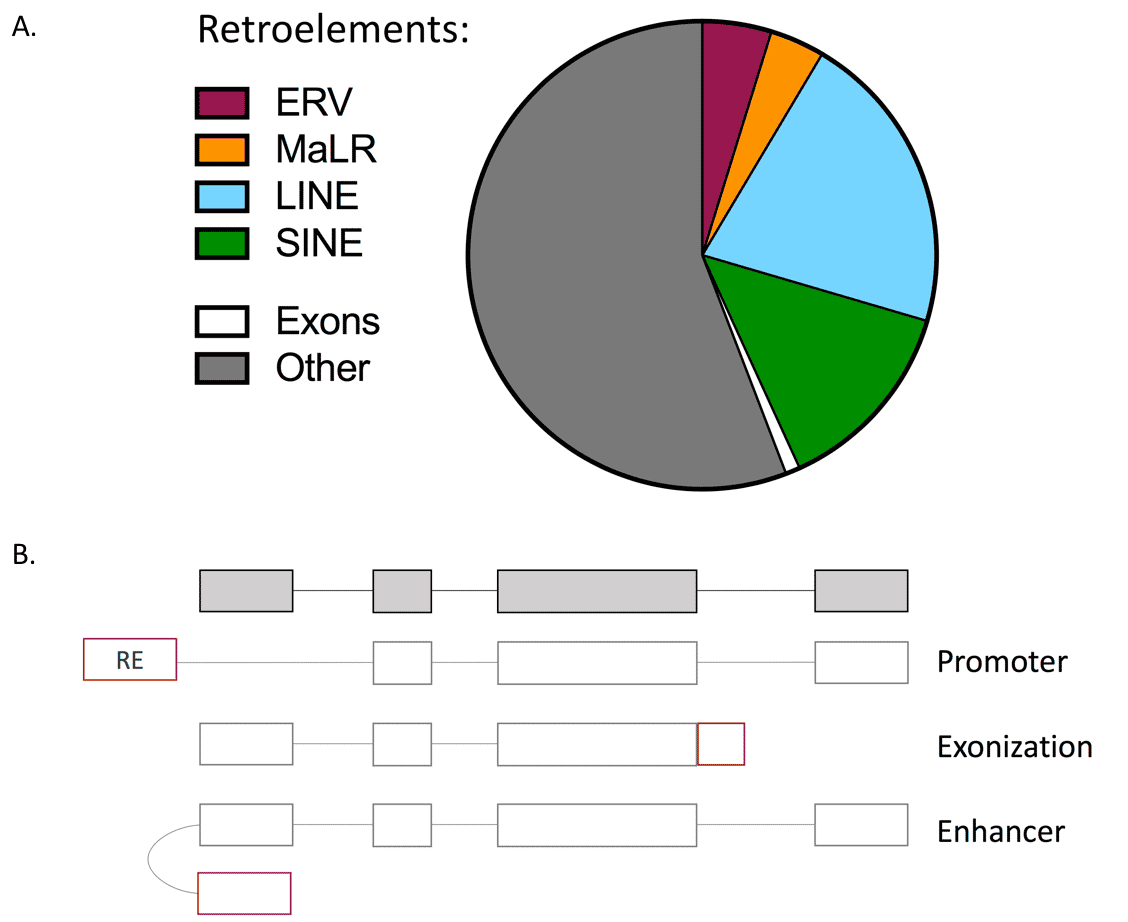 Figure 1. Retroelements (RE) of different classes make up 45% of the human genome, and can alter the expression, structure, and function of neighbouring genes.

When the pandemic started earlier this year, we were intrigued by reports that ACE2, the cellular receptor for SARS-CoV-2, was an interferon-stimulated gene. This could have been a brilliant evolutionary trick by the virus - commandeering the body's antiviral response to facilitate infection. More importantly, it called into question the safety and efficacy of using recombinant interferon as a therapy for COVID-19 patients. Our lab had recently published a de novo transcriptome assembly of retroelement-driven transcript variants, and when we looked in the ACE2 locus we were surprised to find a novel, truncated transcript.

Intriguingly, this transcript initiated at an intronic MIRb retroelement containing binding sites for IRF, the transcription factor family that regulates interferon signaling. Indeed, we found that upon interferon treatment, cells exclusively upregulated the truncated MIRb-ACE2 transcript and not the full-length one. Importantly, unlikely ACE2, MIRb-ACE2 could not bind the receptor binding domain of SARS-CoV-2 and therefore could not act as a viral receptor (Figure 2). Our findings, published here, reconcile the apparent discrepancy between the interferon inducibility of ACE2 and promising pre-clinical data showing improved outcomes in COVID-19 patients treated with recombinant interferon. 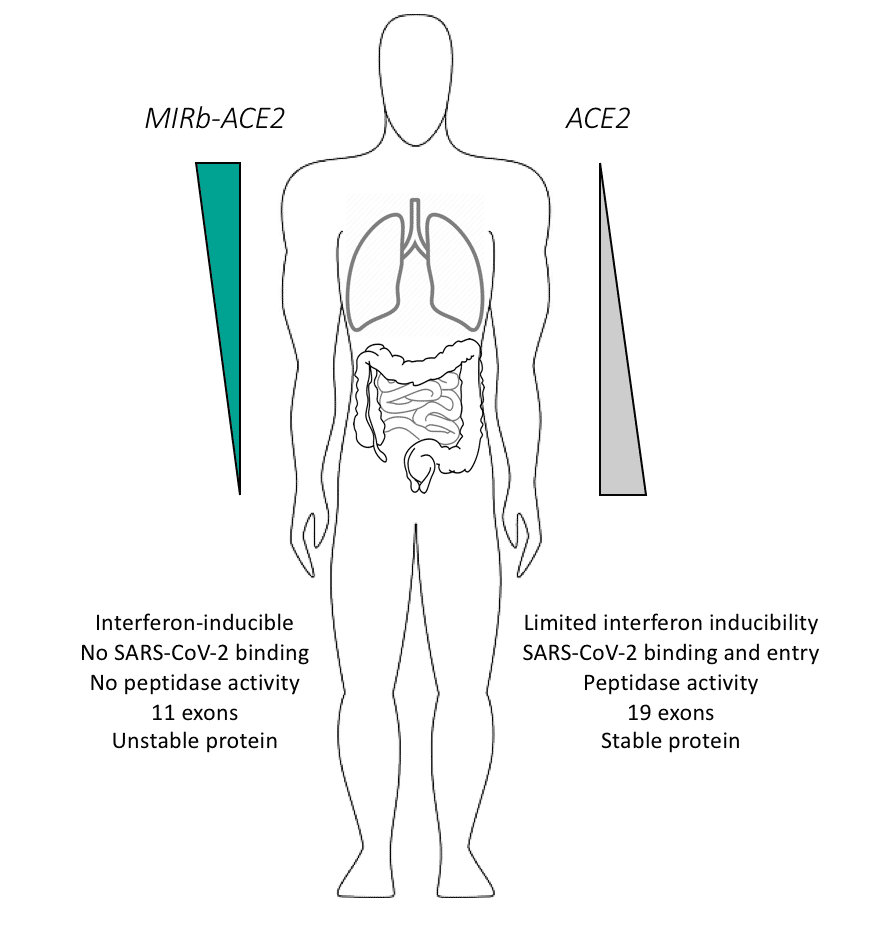 Figure 2. The novel MIRb-ACE2 transcript is truncated, inefficiently codes for protein, does not act as a SARS-CoV-2 receptor or carboxypeptidase enzyme, and is primarily expressed in the upper nasopharyngeal tract. In contrast, ACE2 produces a stable enzyme that acts as the cellular receptor for SARS-CoV-2, and is highly expressed in the lung and intestine.

Beyond SARS-CoV-2, what does MIRb-ACE2 do? To be honest, we have no idea. We do know that that MIRb-ACE2 is mostly expressed in the nose and mouth, where it is expressed more highly than full-length ACE2. We also know that the protein product of MIRb-ACE2 is highly unstable, and in addition to lacking the domains required for SARS-CoV-2 binding also lacks the carboxypeptidase function of the full-length protein (Figure 2). Most intriguingly, our phylogenetic analysis seems to suggest that the MIRb integration can be found in the ACE2 locus in species as diverse of dogs, dolphins, and rabbits, suggestive of some conserved mammalian function.

Many questions still remain - does MIRb-ACE2 ever make a stable protein in vivo? Can MIRb-ACE2 regulate the expression or function of ACE2 at the mRNA or protein level? Importantly, two other groups simultaneously described the same interferon-inducible truncated isoform, with similar conclusions and open-ended questions. More broadly, I think this is a really neat example of the co-evolutionary battle between viruses and humans, and how humans can co-opt the function of viral sequences to combat new viruses millions of years later. It's also been a great chance for me to reconnect with my microbiology roots! 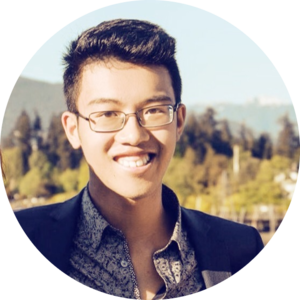