Methane is a potent greenhouse gas that is the natural end product of the breakdown of lots of organic matter on the planet. It is produced anaerobically, usually in waterlogged soils or freshwater sediments by methanogenic archaea. Much of the methane produced by these microbes is oxidised to CO2 by aerobic methane oxidising bacteria. What isn’t consumed by the methane oxidisers is emitted to the atmosphere and freshwaters produce ~42% of all methane emitted to the atmosphere. However, we do not know how global warming will affect methane production and emissions into the future.

To assess this we used a series of 20 experimental ponds, half of which have been warmed to 4°C above ambient for 11 years and measured methane production, oxidation and emission (Fig. 1). The warmed ponds, which are generally more productive, produced and emitted more methane than the ambient ponds. However, the amount of methane emitted was far more (2.4X, see Fig. 2) than could be accounted for by the higher productivity and temperature. How can we explain this? We hypothesised that warming was producing more methane either because the methanogens that use hydrogen to make methane were becoming more important in the ponds or because methane oxidation had become less efficient.

To test these hypotheses, we did a series of experiments to see how temperature affected substrates used by methanogens and how temperature affected methane oxidation. We showed that as the sediment is warmed each methanogen makes ~60% more methane, that using hydrogen becomes more efficient under warming and that there was a small but significant change in the hydrogen-utilising methanogen community. Conversely, the methane oxidiser community remained unchanged and was less efficient at oxidising methane at the higher temperatures. While the methane oxidisers do consume more methane this does not match the increased production. These two factors were sufficient to explain why more methane was emitted from the warmed ponds.

A theoretical 1:1 ratio of CH4 to CO2 production is predicted for anaerobic degradation by methanogenesis, but this was not the case in our ponds. Warming energetically favours hydrogenotrophic methanogenesis and thus increased the proportion of H2 utilized by hydrogenotrophic methanogenesis. Ultimately we see an increase in CH4:CO2 ratio towards 1:1, suggesting a more efficient methane cycle under warming. The disproportionate increase in methane emissions is further vindicated by data from sites around the world. We therefore think that as the planet warms many presently low temperature freshwater systems will start making far more methane than they do now in a positive feedback loop that will exacerbate global warming. 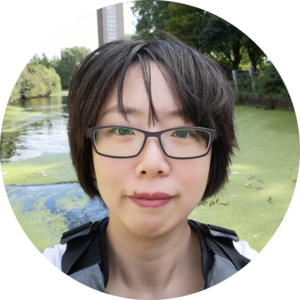