Microbial evolution often occurs in a community context. Almost inevitably, each microbe ends up influencing others in the community. It even happens that one species influences another species' adaptation to environmental change.

Microbes are never alone. They often share space and resources with other microbial species; i.e. they live in communities. Despite this well-established notion, little is known about how microbes evolve when other species are present.

We addressed this issue in our recently published study in the ISME Journal. We did an evolution experiment in the lab using a simple community composed by two bacterial species. We found that after a month of evolution, both species rapidly adapted to our experimental conditions. Surprisingly, the type of environmental condition was key in shaping species’ evolutionary dynamics: in a constant environment, both species coexisted while in a fluctuating environment, in some cases, we observed extinction of one of the species. We think that the extinction of one of the species was caused by rapid adaptation of the other species, which started using more shared resources. Even more surprisingly, these dynamics were observed over and over when we repeated the experiment from an intermediate time point. In sum, not only we learned that environmental context matters – both in terms of the environmental condition and neighboring species – but also, we learned valuable lessons about conducting evolution experiments with simple communities.

Lesson 1: Design and preparation are key. A good experimental design is key for success and a lot of questions need to be answered before starting an evolution experiment; e.g. How many generations? How many replicates? How often will you store your samples, and do you have enough space in your freezer for it? One of our biggest concerns was to control for cross-contamination. In addition to use filter tips, we took advantage of the fact that bacteria were resistant to different antibiotics. By routinely plating in antibiotics, we ensured one species did not accidentally landed in another species’ tube.

Lesson 2: Be prepared to make hard decisions. Trade-offs are inevitable. One of the hardest decisions was to decide how many conditions vs how many replicates to include. To be able to compare evolution in isolation vs co-evolution, it was essential to include monocultures and co-cultures which increased the scale of our experiment. In total we had 90 experimental lines (15 conditions with six replicates per condition). This was too ambitious! Mid-experiment, we had to drop two replicates. Fortunately, using four replicates we managed to capture two evolutionary outcomes. In retrospect, it would have been better to test fewer conditions.

Lesson 3: Do not ignore the psychological aspects. Evolutionary experiments can be physically and emotionally exhausting. It is important to remember that a human being, not a machine (unless you have a robot), is doing the experiment. My advice for future generations of evolutionary experimentalists is to get some help! And remember, if you start with a good question and a good experimental design, you will always get cool results, so just persevere! 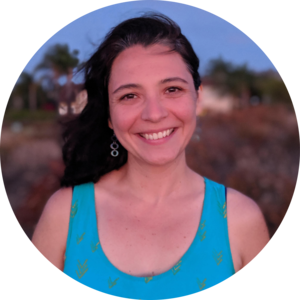