How to run a microbiome-experiment at the International Space Station (ISS): delays, frustration and excitement

Our paper reports on the microbiome composition and function aboard the ISS. We show that the microbes in the ISS are not specifically harmful to humans, but might be a threat towards material integrity. In this post, I describe the long process to perform a microbiome experiment in space.

Our proposal for performing a microbiome analysis of the ISS was submitted in 2009 during the ILSRA call by the European Space Agency (ESA). This call aimed to select the next upcoming European experiments to be performed on the ISS. Our proposal was accepted immediately, our  experiment was completed in 2019, ten years after.

In 2009, I had been working with space-craft associated microorganisms in the field of Planetary Protection, in order to avoid contamination of Mars and other, evolutionary interesting celestial bodies.

Supported by Gerda Horneck, a “dinosaur” in the astrobiology field, the idea was born to analyse the microbial community residing inside the ISS, along with the crew. This idea was a bit revolutionary, as, different to other experiments, we did not look at a single experiment itself, but aimed to use the entire ISS as the testbed for our analyses.

We compiled a team of international researchers (and friends), who supported the proposal (in particular Petra Rettberg from DLR, Cologne and Charles Cockell, from the University of Edinburgh, UK)- at that time point I was four years after my PhD, had done two PostDocs (one at the NASA Jet Propulsion Laboratory) and was now working as a junior group leader at the University of Regensburg, Germany.

When we set-up the concept of the study, microbiome-analyses were not at all common. NGS-based analyses were rare (and very expensive), so we aimed for performing PhyloChip analyses, which was later-on substituted by nowadays easy-to-do amplicon and shotgun metagenomics NGS sequencing.

After the proposal was accepted by ESA, preparations began; however, we got stuck in institutional/documentary preparation of the experiment for more than five years, which was the most frustrating part of this experiment. This issue lead to the fact that other researchers and colleagues from the US were much quicker in realizing the idea of the ISS microbiome without our involvement.

It has been known for quite a while that microorganisms react to low-gravity conditions and sometimes become even more virulent. We also knew the microbes can be a serious threat in space and can even cause material damage, as observed in the Russian space station Mir, which had to be abandoned (also) due to uncontrolled biofilm and mould growth. In sum, microbes in space matter and could be a serious threat to humans, either directly (risk of infections) or indirectly (material degrading).

Based on this, our hypothesis was clear right from the start: we were assuming that ISS microbes must somehow be adapted to the extreme environment, and maybe also more pathogenic/dangerous than similar ground controls. This is what we wanted to address in a number of physiological tests, in combination with molecular analyses.

In 2014 René Demets, a co-author on the manuscript, adopted the experiment from ESA side and things finally started to move. In an almost one year long process we worked on the documentation of the project (the so-called ESR document), and in the course of this, we had to restrict and adapt our experiment due to the space-flight constraints quite a lot (one kg of payload to be sent to the ISS cost about 30.000 €). Also, we learned that the astronaut time is the most critical parameter: the time dedicated to perform experiments is highly restricted and precious, as the crew is very busy in maintaining the ISS and performing exercises to remain healthy during flight and return. To create a very efficient sampling plan, we did a test-sampling in the ISS mock-up at the Astronaut Center at DLR in Cologne to “understand the astronaut’s constraints during sampling”.

René meanwhile established contact with Tatiana Alekhova, also co-author on the manuscript, who is an expert on technophilic microorganisms from space stations, to strengthen this aspect in the work. Tatiana became the “Russian mother” for my PhD student Max during the project, and she was supporting us with interesting samples from the Russian spaceflight program: we obtained dust samples from the ISS that had been stored for more than 10 years (https://microbiomejournal.biomedcentral.com/articles/10.1186/s40168-016-0217-7).

Meanwhile, after moving to Medical University Graz, Austria, we had received funding from the Austrian Research Promotion Agency FFG, and Max and Lisa (technician), who were the major drivers in the laboratory, could start working in the lab, fully motivated.

During the next steps, the Biotechnology Space Support Center Biotesc in Lucerne, Switzerland, became involved. This institution had been instructed by ESA to support the technical realization of the project. The materials for sampling were selected and tested, a detailed protocol for the astronaut was written (and tested), and finally we achieved flight-readiness: all wipes were prepared and were waiting to be loaded on an Atlas V rocket to the ISS.

The Cygnus spacecraft was launched on 18th of April 2017 (after being rescheduled several times due to bad weather conditions), and docked successfully on 22nd. We watched the launch together with my team and were tremendously relieved to see that everything went smooth (= no explosion).

Our experiment was on a reserve list of experiments, and actually we did not expect it to take place soon (when you do space experiments you get used to delays very quickly).  But Jack Fischer, the US astronaut, picked the ARBEX/Extremophiles experiment very soon after the arrival of the hardware. On first of May, I received a phone call (just left the plane in Graz) from BioTesc, telling that our experiments will be done in a few minutes, and that we could watch the samples being taken through skype. I rushed home, informed Max, and watched then, together with my children, Jack Fischer taking our samples aboard the ISS. Everything worked out very well, except that one wipe was lost during the sampling (it just floated away…), but it was recovered a few hours later.

Everything went smooth for the other two samplings, and we received the samples in our lab without significant delay, but with a huge relieve and excitement.

Half a year of hard laboratory work followed, in which we were supported by Ines (Bachelor student) and many others phantastic co-workers and colleagues in Austria, Germany and in UK. During all the experiments we had planned, we followed the idea to find significant differences of ISS microbes and terrestrial counterparts. But during all single analyses we performed (16S rRNA amplicon analysis, antibiotics resistance patterns, physiological tests, metagenomics), this hypothesis was refuted. At the beginning we were frustrated about these findings. But at some point we realized: this is a much more interesting and positive result! We basically observed that the ISS microbiome was not more dangerous than the usual microbiome surrounding us on ground, and thus confirmed the rare reports on the non-hazardous ISS microbiome (Lang et al. 2017, Blaustein et al., 2019).

However, although based on our analyses we were unable to detect any reason for direct concern for human health, (opportunistic) pathogens are always around and could cause some issues during crewed long-term mission conditions which we cannot foresee. Nevertheless, the ISS microorganisms were well adapted to surface interactions, a finding which requires additional analysis in future to avoid surface degradation leading to technical issues.

To make a long story short: With our analyses we could show, that also in the ISS the humans are surrounded by the typical microbial suspects, which seem not to adapt towards being specifically hazardous to humans. Rather, they are stressed by the new, technical surfaces, which they are able to invade and potentially attack.

This project was a phantastic journey into the field of space research. We have gone through a number of frustrating moments and delays, but it payed off!

At the moment it is under debate how long the ISS can be maintained and how long it will be available for experiments- maybe you take your chance very soon?

Here is the link to our paper: 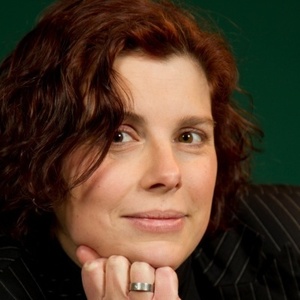