The paper in Nature Microbiology is here: go.nature.com/2SdBsDb

We’ve known for a long time that type 1 interferon (IFN) inhibits HIV-1 infection. A few years ago, we started to explore this phenotype and observed that viral entry into cells was not severely affected, contrary to genome replication (which starts with the copying of virion RNA into DNA by reverse transcription1). Back then (approx. 2010), we compared the ability of different cell types to inhibit HIV-1 replication following IFN treatment and used a comparative transcriptomic analysis to identify the IFN-stimulated genes (ISGs) responsible. This led us to the identification of MX2/MxB as an IFN-induced inhibitor of HIV-12, which prevents HIV-1 nuclear entry and integration of HIV-1 DNA into host chromosomal DNA.

MX2 only accounted partially for the effect of IFN, so Tom and I went on and screened more ISGs from our list of candidates. Very rapidly, after some intensive cDNA cloning and testing, Tom stumbled across the short, IFN-inducible isoform of NCOA7, which led to decreased infection by VSV-G pseudotyped HIV-1 (namely, HIV-1 viral cores carrying the Envelope protein of the unrelated rhabdovirus, vesicular stomatitis virus). To our surprise and initial disappointment, NCOA7 had no impact on wild type HIV-1: was the first result an irrelevant artefact?

But Tom remained sanguine about it all and decided to go on and explore a potential effect of NCOA7 on other viruses entering the cells via endocytosis. And, indeed, we observed that this gene was able to limit infection by hepatitis C virus (thanks to Maria Teresa and Marion), as well as rabies virus-pseudotyped particles. More importantly, NCOA7 was also effective at limiting influenza A virus (IAV) infection – we therefore focused on this virus. Tom used imaging flow cytometry (and a workflow published by Banerjee and colleagues3) to pinpoint the stage of infection where NCOA7 imposed its block. He observed that viral access to the cytoplasm was compromised, in that the IAV membrane failed to fuse with endosomal membranes. In the meantime, in my newly established lab in Montpellier (France), we confirmed the step affected using VSV-G pseudotypes and another type of assay to measure viral access to the cytoplasm. Olivier, our influenza A virus specialist, had developed a Nanoluciferase reporter IAV (based on a strategy of Mehle and colleagues4), which has been invaluable for measuring the effect of NCOA7 in our genetically-modified cells. In particular, we used CRISPR/Cas9 technology to engineer NCOA7 knock-out lines (thanks to our CRISPR specialist, Boris) and observed that, reminiscent of IFITM3, NCOA7 plays an important role in the IFN-mediated restriction of IAV infection.

Clues towards the mechanism of action of NCOA7 came from groups that had identified NCOA7 as a binding-partner of the vacuolar ATPase (V-ATPase) 5,6 (an interaction we could confirm in my lab for the short isoform of NCOA7) and others who had highlighted the importance of V-ATPase regulation for lysosomal activation7. Critically, Tom (together with Darja) observed that the ectopic expression of NCOA7 decreases the pH of the endolysosomal pathway and increases its degradative capacity. Future studies should provide more answers about how regulation of endosomal degradation impedes viral entry, but these observations: a) suggest that NCOA7 may play an important role in linking innate to adaptive immunity by not only suppressing initial infection, but also by favoring antigen presentation; and b) raise the possibility that NCOA7 function may contribute to human diseases arising from endolysosomal dysfunction. 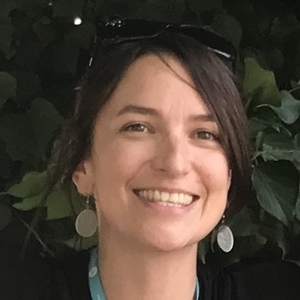