New insights into the host-pathogen tug of war

Salmonella is a food-borne bacterial pathogen that presents a great threat to public health. A cornerstone to the infection efficiency of Salmonella is its ability to manipulate host defences. In essence, upon infection host cells and bacteria enter a tug of war, in which host cells try to mount an effective defence, while Salmonella utilises multiple techniques to dampen the host response. One such mechanism involves a number of bacterial proteins, known as effectors that are injected by the bacteria into the host cell. These effectors can then strategically target host proteins that are involved in combating infection. Therefore, in order to better understand the interaction between Salmonella and host cells, we set out to identify key host proteins involved in fighting off Salmonella and to study how Salmonella might target these proteins to promote infection.

By adopting a multi-disciplinary approach we were indeed able to uncover an uncharacterised role of a host protein, FAM49B, which we named CYRI (CYFIP-related RAC1 Interacting protein), in conferring resistance against Salmonella infection. We show that CYRI binds to the small GTPase RAC1, an important regulator of actin cytoskeleton dynamics and cell migration. Interestingly, it has long been shown that Salmonella manipulates host cytoskeletal regulators, including RAC1, to promote infection. For example, the bacterial effector SopE is known to activate RAC1 at early stages of infection to facilitate bacterial entry into non-phagocytic cells. In this study, we show a new aspect of this interplay. In particular, we identify CYRI as a negative regulator of RAC1 downstream signalling with CYRI inhibiting cytoskeletal modulation and cell migration. As such, CYRI counteracts Salmonella at various stages of infection, including bacterial entry and dissemination. As a counterdefence, SopE, in addition to activating RAC1, also selectively targets CYRI upon infection via reducing its cellular levels. Together, this places CYRI at the heart of the host-Salmonella tug of war, suggesting that CYRI protein levels are an important determinate of bacterial fate.

Intriguingly, in addition to the protective effect of CYRI upon Salmonella infection, our study also outlines a role of CYRI in restricting infection mediated by Mycobacterium tuberculosis and Listeria monocytogenes. This demonstrates that signalling events driven by CYRI might constitute a general host defence mechanism against intracellular bacterial pathogens. It remains to be seen, however, if similar to Salmonella, other bacterial pathogens have evolved mechanisms to target CYRI upon infection. 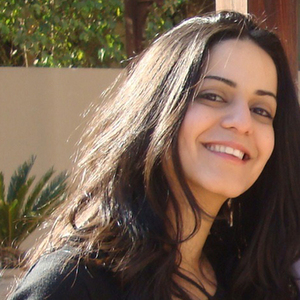