A molecular view of phytoplankton responses in a subtropical gyre

The low latitude ocean is so crystal-clear blue that it is hard to imagine there is much living in it. Our eyes do not deceive us; these regions are considered oligotrophic, meaning lacking nutrients. In particular, the lack of nitrogen prevents growth of phytoplankton, the microscopic photosynthetic base of the oceanic food web. But somehow, even in these nutrient-depleted waters, phytoplankton are still there. They are persisting and lying in wait. There are several explanations for their source of nutrients to survive, but a significant source is likely from deeper waters that are occasionally introduced to their surface. These episodes can briefly turn some of these regions into highly biologically productive areas that rival that of other oceanic regions with more regular nutrient supply. Importantly, the phytoplankton productivity and growth associated with these events drives removal of carbon dioxide from surface waters and sequesters it in the deep ocean, a phenomenon known as the biological pump, which is of particular importance as atmospheric carbon dioxide levels are reaching historical highs.

In our new work, we further our understanding of how one major phytoplankton group, the diatoms, survive under these nutrient-deplete conditions and respond to a pulse of nutrients from deep waters. We focus on diatoms because evidence suggests that nitrogen from depth (in the form of nitrate) is mostly taken up by eukaryotes which includes diatoms, and that the carbon exported out of the upper ocean is also associated with diatoms. To conduct the study, we needed an oligotrophic area that has these nutrient pulses and diatom-driven biological production, so we headed to Bermuda in the North Atlantic Subtropical Gyre. Our launching point was the Bermuda Institute of Ocean Sciences (BIOS), a non-profit research institute that has long been a center for studying the region. From here, we boarded our home for the following 10 days, the R/V Atlantic Explorer. We sailed into the Sargasso Sea, part of the North Atlantic Subtropical Gyre named for the high density of Sargassum seaweed that floats on the surface.

Relatively recent advances allow us to take this mixture of ocean microbes and sequence all of their RNA, referred to as a metatranscriptome. We then probed specific taxonomic groups to see how their RNA abundances, i.e. gene expression, was different between our treatments. This approach is particularly useful as it allows us to study the phytoplankton under near-natural conditions rather than in the laboratory.

From our metatranscriptomic analyses, we observed that diatoms significantly altered their gene expression upon exposure to the nutrient-replete deep water. Of note, the diatoms displayed distinct expression of nitrogen assimilation genes. Coupled with measurements of nitrate uptake, these data suggest that diatoms rapidly assimilate the new nitrate fueling their growth whereas other groups rely on other forms of nitrogen or are possibly storing the nitrate for long-term use. We also found that diatoms in the surface waters (nitrate-deplete) showed some parallels to gene expression under iron-limited conditions suggesting a more widespread use  of these genes in certain instances.

These phytoplankton are facing a changing ocean where warming will likely reduce the delivery of nutrients from deep seawater. Evidence suggests that diatoms in the North Atlantic Subtropical Gyre are already declining. We have provided insights into their responses with and without nutrients, but the limits of their ability to survive under oligotrophic conditions could be reached. A warming ocean may also mean that Sargasso Sea-like conditions may be representative of areas that are currently more nutrient-rich in the future. We hope these data will aid our predictive capabilities in understanding phytoplankton productivity in an altered future ocean.

Read the paper: Strategies among phytoplankton in response to alleviation of nutrient stress in a subtropical gyre

We thank the captain and crew of the R/V Atlantic Explorer and the staff at the Bermuda Institute of Ocean Sciences for their support. This work was funded by the National Science Foundation, LabexMER, and an Investissements d’Avenir grant from the French government. 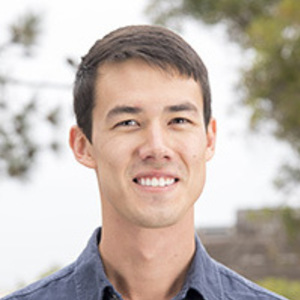