Many bacteria produce proteinaceous hair-like surface appendages called pili (from the Latin word “pilus” for “hair”). The so-called type IV pili (T4P), can be retracted quickly with a force 20-fold higher than that generated by muscle myosin. T4P are the Swiss Army knives of bacteria. Cells use them as grappling hooks to move along surfaces (named twitching motility), to stick to surfaces and to form biofilms. In pathogens, T4P play a crucial role in the interaction with host cells.

T4P are comprised of thousands of copies of individual protein monomers (called pilins). They are added one at a time to a growing helix by a multi-component double membrane-spanning assembly machinery. This machinery is also involved in DNA uptake (named natural transformation) and therefore in the exchange of genetic material - including antibiotic resistance genes - between different microorganisms. In our recent study, we used a cutting-edge imaging method called cryo-electron microscopy (cryoEM) to solve the structure of the T4P of Thermus thermophilus - a thermophilic bacterium with the highest known natural transformation rate.

In collaboration with the lab of Prof. Beate Averhoff at the University of Frankfurt, we solved the first structure of a T4P assembly machinery in 2015 (Gold et al, 2015). At this time, we made an interesting observation: the pili emerging from the membrane-bound complex did not always look the same. There seemed to be two different types, a “wide” and a “narrow” form. At the time, it was assumed that the Thermus T4P was comprised of the major pilin PilA4. We questioned whether the two pili could be comprised of the same protein – could a wide pilus become a narrow pilus on stretching for example? To investigate this, we analysed Thermus T4P using cryoEM.

The big advantage of cryoEM is that the samples - usually proteins - are in an almost natural environment (so-called vitrified water), meaning that molecular detail can be preserved. To determine three-dimensional structures from two-dimensional micrographs, many images of identical protein particles with different views need to be combined. The great advantage of pili is that because they are helical, each image contains many different views of the identical building blocks that make up the filaments. Therefore, the three-dimensional reconstruction is fairly straightforward so long as the helical parameters are known (e.g. the rise of the helix, as well as number of building blocks per helix turn). However, the determination of these parameters can be a challenging task.

Being as our sample contained both wide and narrow pili, we only needed to collect a single optimised dataset (at eBic – the UKs national facility for CryoEM at Diamond) to determine two structures. Our first three-dimensional maps for both filaments were determined to a resolution of ~4 Å. This was sufficient to see most of the protein backbone, but almost no amino acid side chains. Nevertheless, we were able to make an exciting discovery – the two pilins were clearly different (Figure 1). This finding guided the next phase of our experiments, which employed mass spectrometry to help identify the two proteins. We identified two candidates that were present at the highest abundance. These were PilA4 and a previously uncharacterised protein, which we named PilA5.

We attempted to fit the two proteins into our cryoEM maps, but at a resolution of 4 Å this was an extremely challenging task. However, by including and processing more data we were able to improve the maps to resolutions of 3.2 Å (wide) and 3.5 Å (narrow). Now many amino acid side-chains were visible and the task of fitting the sequence of PilA4 (wide) and PilA5 (narrow) could be finished within a few hours. Intriguingly, there were some unoccupied densities in the maps. We predicted that these could be glycans, which are sugar “trees” that bacteria commonly add to T4P to improve their stability or stickiness. We performed biochemical experiments to confirmed this, and engaged with the company Ludger Ltd (Oxford) who employed liquid chromatography and tandem mass spectrometry to identify the sugar structures. This led to the exciting discovery of a novel, so far undescribed glycan that has not been seen before in bacteria. 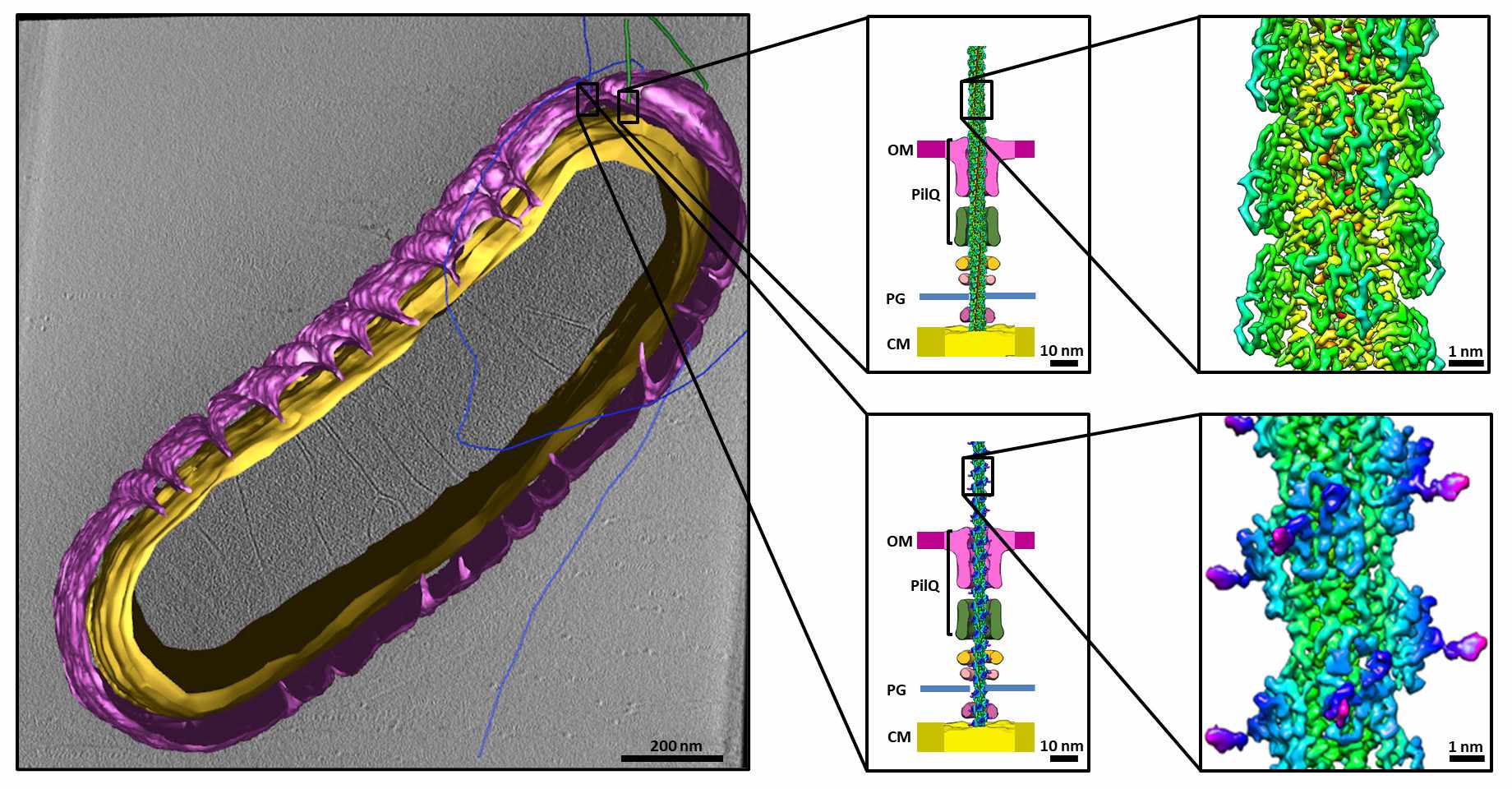 Determining structures is of course very interesting, but a key question for us was why are there two different T4P in Thermus? Could the two filaments be specialised for two different functions? We performed some simple functional characterisation experiments which intriguingly suggest that PilA4 (wide pili) is involved in DNA uptake whilst PilA5 (narrow pili) mediates motility. Further experiments are being designed to address the all-important mechanism. Another fascinating question pertains as to whether Thermus is the exception or the rule. If other bacteria also produce more than one kind of T4P, our findings will help to guide experiments aimed at addressing how pathogenic bacteria invade their hosts, form dangerous biofilms, become virulent and spread antibiotic resistance. 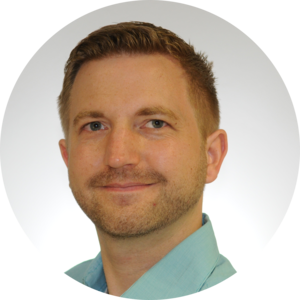