Bacteriophages have traditionally been regarded as parasites of bacteria. This view is however changing, and in our recent study we found that quorum-sensing-controlled prophage induction strengthened the low-cell-density phenotype of the bacterial host.

Bacteriophages, viruses that infect bacteria, are the most abundant and diverse biological entities in nature and are important driving forces in bacterial diversity, community composition and turnover of nutrients. Some phages are able to integrate into the bacterial chromosome and replicate lysogenically. Once integrated the replicative success of the phage is equivalent with the success of the lysogen and many prophages encode anti-predator traits such as toxins or superinfection exclusion systems in order to protect their host.

In a previous study we observed a wide distribution of a specific group of prophages which shared high similarity to phage φH20 and genome analyses suggested that this group of phages encoded some putative mutualistic genes. In order to analyze whether lysogenic conversion from H20-like phages could justify their global distribution, we tested phenotypic traits of the host, Vibrio anguillarum, compared to an otherwise isogenic prophage-free strain. Simultaneously, another project aimed to investigate whether quorum-sensing (QS) affected regulation of induction of the same group of prophages. We have previously introduced gene deletions in V. anguillarum that successfully lock cells in states that mimic the low- and high-cell-density QS states, respectively.

As we learned that H20 prophage induction was in fact repressed by QS, we realized that merging the two projects would create synergy and raise our understanding of these prophages to a higher level.

In an evolutionary perspective, it is perhaps not a surprise that some phage developmental switches have evolved to factor in bacterial density, given the destructive effect phage propagation can have on dense bacterial populations and conversely the importance host availability has on phage fitness. A few other studies have identified phages that regulate their development by eavesdropping on the level of the bacterial signal molecules that provide molecular information on the density of the bacterial population. In contrast to previous studies, we observed repression of prophage induction in the high-cell-density QS state, which contributes to the ongoing discussion regarding the importance of lysogeny at different cell densities, initiated by the Piggyback-the-Winner model proposed by Knowles et al.

There are conflicting reports on the effect QS has on V. anguillarum biofilms, and thus we thought that it would be relevant to quantify biofilm formation in our QS mutants. We included the prophage-free strains in a comparative analysis and discovered that the H20-like prophage contributed to aggregation at low cell density, which was also the density where we observed the highest amount of biofilm. Since the other phenotypic traits we had tested up to that point, such as motility, were not affected by the prophage, we were thrilled to make this observation. Especially, since prophage-dependent promotion of biofilm was unique for low cell density and hence suggested that this is a specific mechanism evolved to occur at specific environmental cues.

In summary, we showed that H20-like prophages are not only parasitic prophages occasionally undergoing spontaneous induction, but regulated entities that are controlled by host communication signals and contribute to biofilm development. In our view, the most exciting perspective of our study is that prophage induction may have evolved to occur also when it can benefit the bacterial host population rather than solely when it benefits the virus at the expense of the host.

If you also find prophage induction, biofilm formation and QS interesting you can read about our study here.

We thank Karen Mikkelsen for her excellent drawing that summarizes our study. 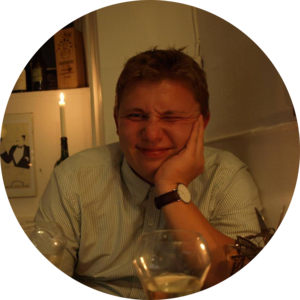 I'm a microbiologist with a particular interest in phage-bacteria interactions. I have previously studied and worked at University of Copenhagen, but is currently enrolled as PhD-student in the lab of Prof. Knut Drescher, at the Max Planck Institute for Terrestrial Microbiology.

Dynamic passage of P. yoelli in the spleen
Contributor
Behind the paper

Maria Rescigno
Nature Research Microbiology Community
We use cookies to help improve your experience. By continuing to browse our website you are consenting to our use of cookies.
Learn more