Professor Sarah Fortune of Harvard T.H. Chan School of Public Health in the United States shares her experiences in working with TB. 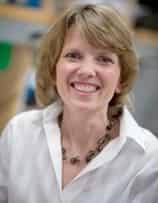 I started medical school in New York City at Columbia in 1991. This coincided with an epidemic of MDR TB in New York, fueled by HIV and allowed to progress unchecked because the public health infrastructure had been gutted in the 1980s. The epicenter of the epidemic was right around the medical school where the incidence of TB in northern Manhattan was as high as in any high burden country. There were two whole floors of Presbyterian Hospital devoted to HIV and TB. At some of the Columbia teaching hospitals nurses and doctors contracted MDR and died. As a new medical student, it was stunning and scary. A TB epidemic in New York? It seemed impossible.

To make matters worse, we knew so little and had such archaic tools. I looked around to see if I could work on TB as a student but I could only find one research group doing anything research at all on TB and they weren’t near me—it was like nobody cared. We had few tools for HIV at that time but it was obvious that the biomedical research establishment—hundreds if not thousands of labs, biotech and pharma -- had committed to finding solutions for HIV and it was a time of incredible progress. So I decided that TB was a problem that represented real need and I would work on TB after I finished my training. Also, I was looking at years and years more training and it was pretty clear that there would still be real need in ten years time. After graduating from Columbia, I went to Ho Chi Minh City, Vietnam for a year to work at an infectious diseases unit and that solidified my commitment. The primary focus of the unit was not TB; they worked on malaria, dengue, typhoid fever, encephalitis, etc. But everyone who came in the unit, and I mean everyone, had evidence of TB. TB had incredible reach—nobody was protected. And so that’s what I did.

TB is not always a pathogen. It infects a third of the world and these people are infected for life but only 10% of people will get obviously sick (in the absence of HIV). This means that the organism has learned to live in balance with us much of the time and we have found that disrupting this balance in any direction can lead to illness. But balance is hard to achieve with medical interventions like a vaccine.

There are two challenges. One is scientific —we lack an effective vaccine or any understanding of how to generate an effective vaccine, which is what we will need to eradicate TB. However, the other is political. TB is primarily a disease of the world’s most impoverished people and we collectively lack the political will to commit the resources to fully deploy the tools that we do have to combat the infection.

The global burden of disease!