Menu
A community from Nature Microbiology
Regular Contributor
On the road

New antibiotic, did anyone else miss this?

I was recently at a conference on Nanobiotechnology and I heard a great talk about engineering a new antibiotic. 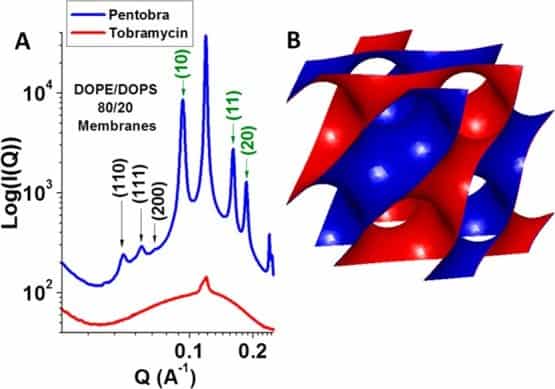 Pentobra is the name of a new antibiotic that that can kill persister cells.

I was surprised to hear this during a talk in sunny Los Angeles last week because I'd never heard of it before.

One of the inventors of Pentobra, Adrea Kasko described how she and her co-workers had re-engineered the aminoglycoside tobramycin to give it an antimicrobial peptide tail. I mean, of course they did, sticking two antimicrobial compounds together to make a more potent one had to be a good idea, right?

Well, I'm doing the group a bit of a disservice here. Kasko described how after testing the effect of hundreds of different peptides on bacterial membranes, they realised that there are certain peptide sequences that will illicit known physical responses from the bacterial membrane. The group then hypothesised that attaching these peptides to known antibiotics could improve their permeability, especially in less metabolically active cells such as persisters.

To test this they attached a peptide to tobramycin which is known to have reduced effectivity against persister strains. This new compound, Pentobra, was then tested on a number of different bacteria and showed enhanced killing of S. aureus and E. coli persisters. This effect was apparently more severe than if a combination of the peptide and tobramycin were administered, possibly because the cells were not permeabilised to the tobramycin as efficiently.

Due to the careful design, Pentobra is also completely non-toxic to a range of different eukaryotic cells.

Does Pentobra kill bacteria that are resistant to tobramycin? I don't know! This wasn't covered in the paper and I didn't get a chance to ask. It would be great if it did, however, targeting persister cells alone makes this a great discovery.

Of course, now that they have proved the concept there are many different possibilities for different peptides and drugs.

It would be interesting to see what the Nature Microbiology Community thinks. Pentobra seems to be more widely reported in the NanoTech literature than Bio so I don't think many people will have heard about it.

Here is a link to the paper in ACS Nano:

I'm a freelance science communicator, formerly a Postdoc in the biofilm field. I'm interested in how bacteria cause disease and look to technology to produce novel tools to study and ultimately prevent infection.

Thanks for the heads up Ben - I'd not come across this paper or antibiotic previously so look forward to reading the paper!

Very interesting; I hadn't come across the work.

From a 10,000 foot view, I think the issue of persisters and the fact that many of the current antibiotics requiring active cell growth and metabolism is renewing our interest in engineering membrane disrupting compounds (e.g, daptomycin, colistin, metal nanoparticles). Why try to trick the cell when you can hit it with a hammer I guess.

Exactly, and every 'hammer' added to the repertoire of drugs helps. The approach is interesting because now theoretically they have the potential to target persisters (and hopefully resistant strains) with many different antibiotic/peptide combos. Maybe this also helps with getting the drugs approved quickly for clinical use.

I'm surprised this didn't surface. It just goes to show it was in a journal that not many biologists read. I suppose that is why communities like this one are such a good idea, it gives an easy platform to share information like this.