It’s better to swim in your own microbiome

The most famous examples of local adaptation are found in macro-organisms. Think about the Darwin finches, where the beak adapted to the seeds present in their direct environment, or the tortoise shells that became saddle-back like when they needed to reach higher vegetation to feed themselves. But examples of local adaptation can also be found in micro-organisms, such as the crustacean waterflea Daphnia magna (Figure 1). In this model organism it was shown that Daphnia adapt to the parasites present in their environment. 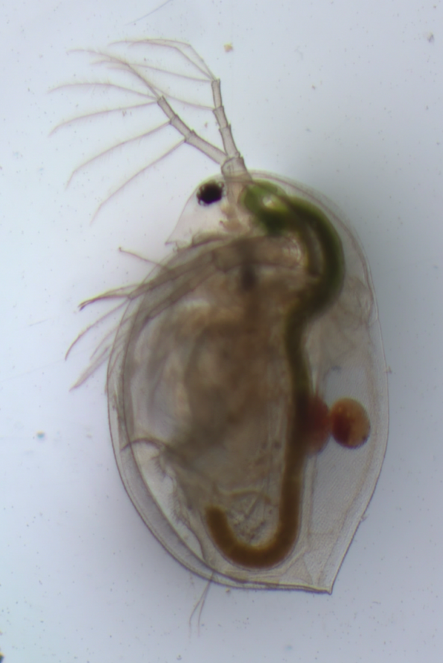 A funny anecdote on the sampling of the Daphnia from the ponds is that we couldn’t find one of the ponds. The coordinates that we found in a research paper were not up to date anymore. In our search for the pond, we drove on small dirt roads between the trees and finally found a pond that possibly could be the one we were searching for. This pond was located on private property and was not accessible. In the end we called someone who had been to the pond before, this person could tell us that we were on the wrong sampling site. After a 2.5h search we finally found the correct pond and were able to sample some pond water and take some sediment cores.

To investigate if Daphnia have a locally adapted gut microbiome, we performed a transplant experiment where Daphnia were inoculated with a sympatric (i.e. from the same region) or allopatric (i.e. from a different region) microbiome that was pre-exposed to toxic cyanobacteria or not (Figure 2). We found that Daphnia have a higher fitness in terms of survival and fecundity when they received a sympatric than allopatric microbiome. We could also link this higher fitness with microbiome diversity. In some Daphnia fitness was high while bacterial diversity was low, suggesting selection of certain (beneficial?) microbiome strains. While in others both fitness and bacterial diversity was high, suggesting selection of a high bacterial diversity to have a wide array of complementary gene functions. 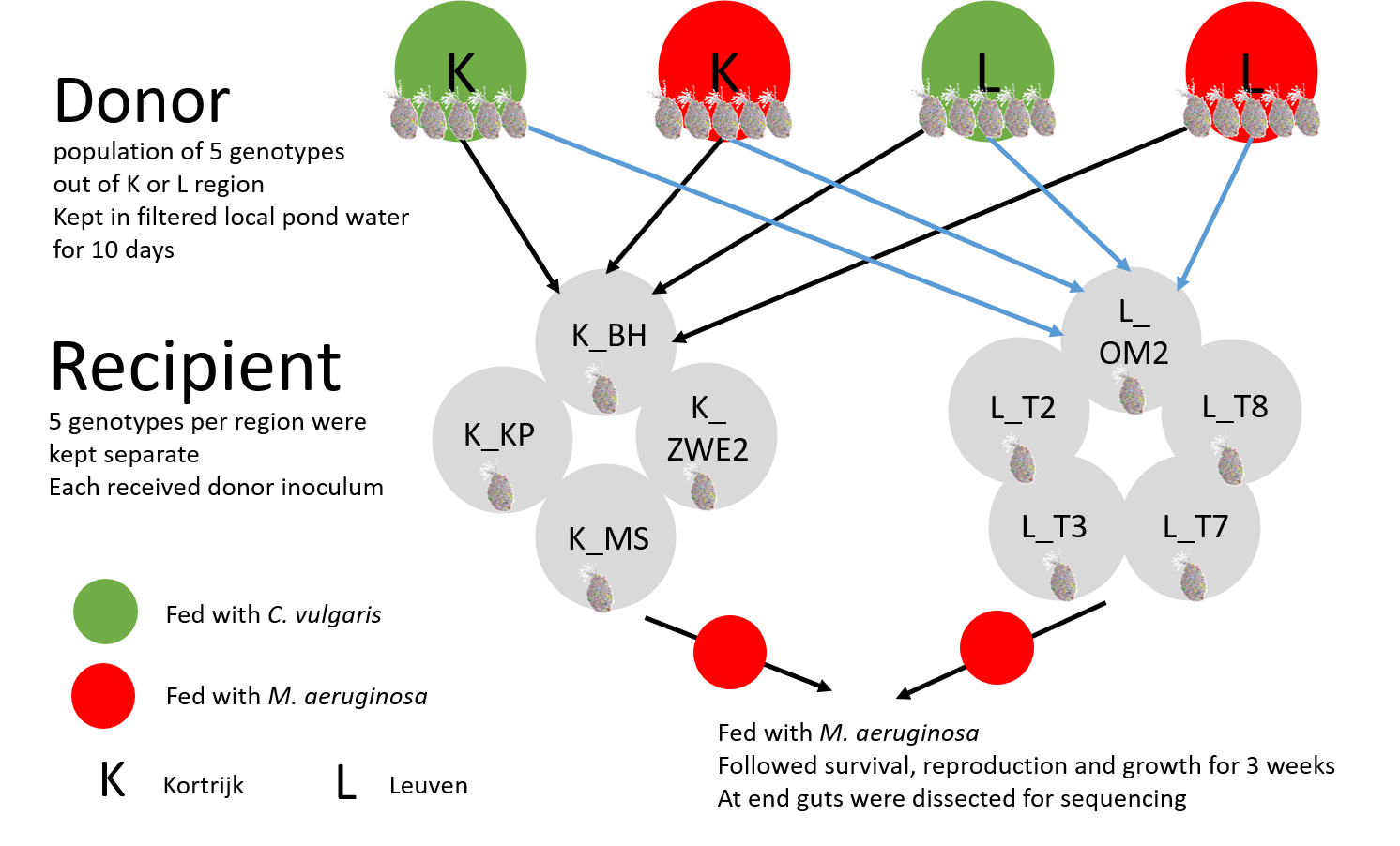 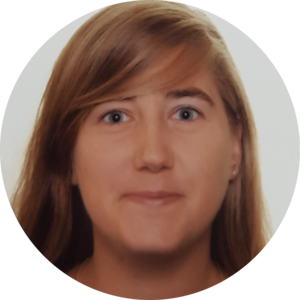